Patronage ties broadly refer to the informal connections between bureaucrats of unequal political status. Such connections may theoretically mitigate agency problems within a large organization. Conversely, social ties may encourage favoritism that undermines accountability and entrenches rent-seeking behaviors. Such benefits and costs are by definition difficult to measure. In particular, the latent effects of patronage may build over time, only to be revealed after a large shock.


The 2008 Sichuan earthquake killed over 87,000 people, the vast majority of whom died due to building collapse. In my job market paper, I show that the earthquake was more destructive in areas with a history of being governed by bureaucrats connected via patronage, uncovering an enormous welfare loss due to such networks in bureaucratic organizations. 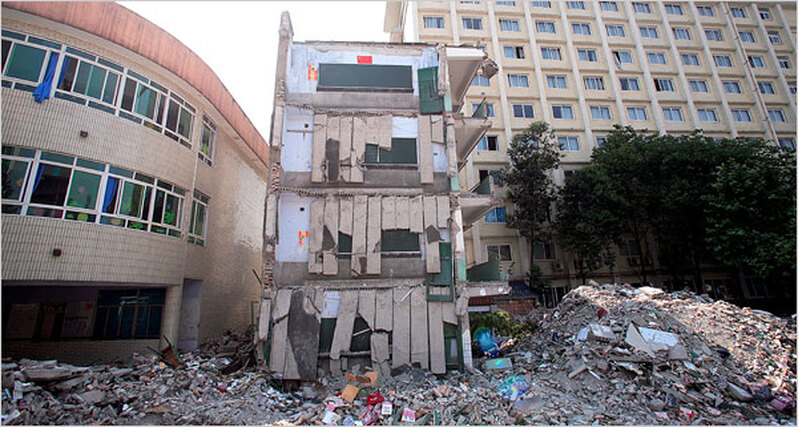 Xinjian Primary School in Dujiangyan was destroyed, while a kindergarten, at left, and a hotel were barely damaged (Yardly, 2008)
​Photo credit to Du Bin for The New York Times
To identify these effects, I construct an original data set at the building level consisting of over 1,000 buildings in quake-affected area. I combine government assessments of building destruction post-earthquake with administrative data on construction year and the seismic standards to which buildings were required to adhere.

I define patronage ties as the existence of "hometown connections" between a county official and their prefectural leader, as it is common for higher-ranked bureaucrats to select subordinates from their hometown out of favoritism. 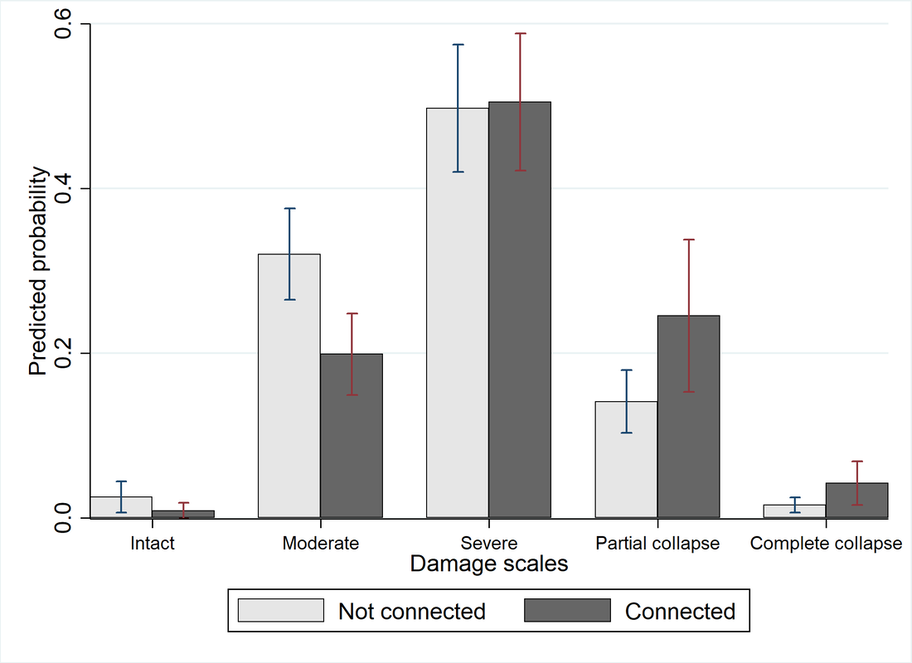 I argue that this destruction was due to lack of code enforcement on the part of connected officials. Effects are driven by buildings which should have survived according to the seismic construction standards but collapsed, indicating corner-cutting and code noncompliance. Buildings with heavy state involvement, such as schools and hospitals, were also more likely to collapse in patronage-affected counties, and effects are stronger when the hometown-connected county official is directly involved in their construction. Finally, the involvement of private capital mitigates or even reverses these effects.

To complement my building-level analyses, I also study the earthquake's effects at the county level. One additional year of having a politically connected official is associated with an 8 percent increase in mortality and a 3 percent increase in direct economic loss, underscoring the massive yet latent social cost of patron-client relationships between government officials.